Toxic fumes and other revelations 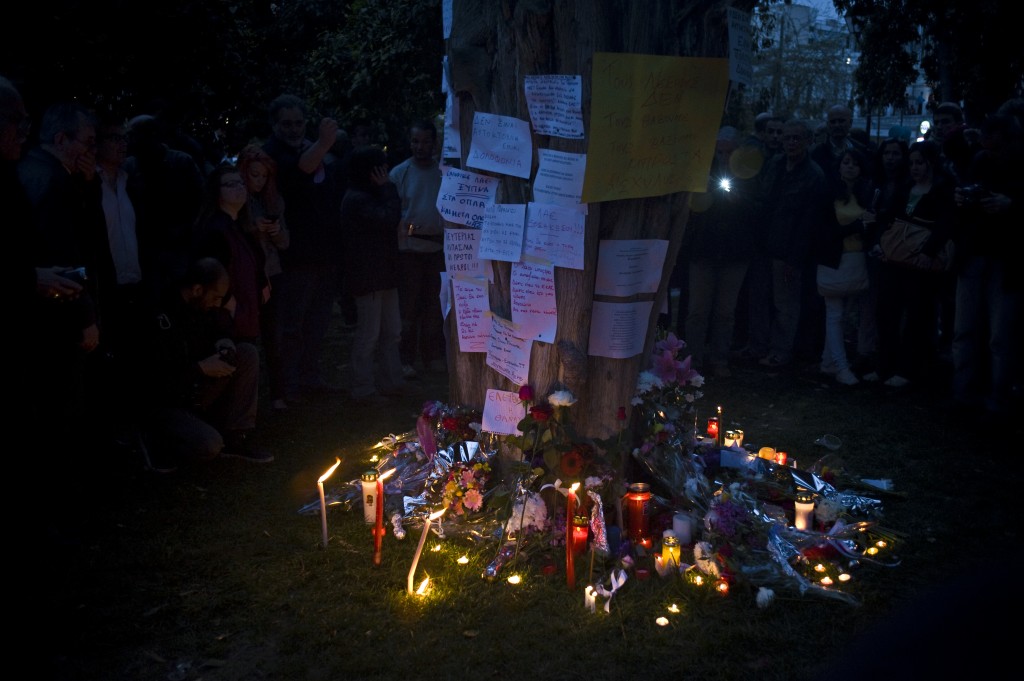 In remembrance of the 77 old man who committed suicide. He did this because after he retired his salary has been cut due to the austerity measurements. This was so severely that he preferred to die rather than losing his dignity and start searching for food in the garbage cans. While this happened yesterday morning, later on the day there were demonstrations. The tension was high and you could really feel how the Greeks sympathized with the suicide of the old man, for which the tree transformed to a symbol of his death. 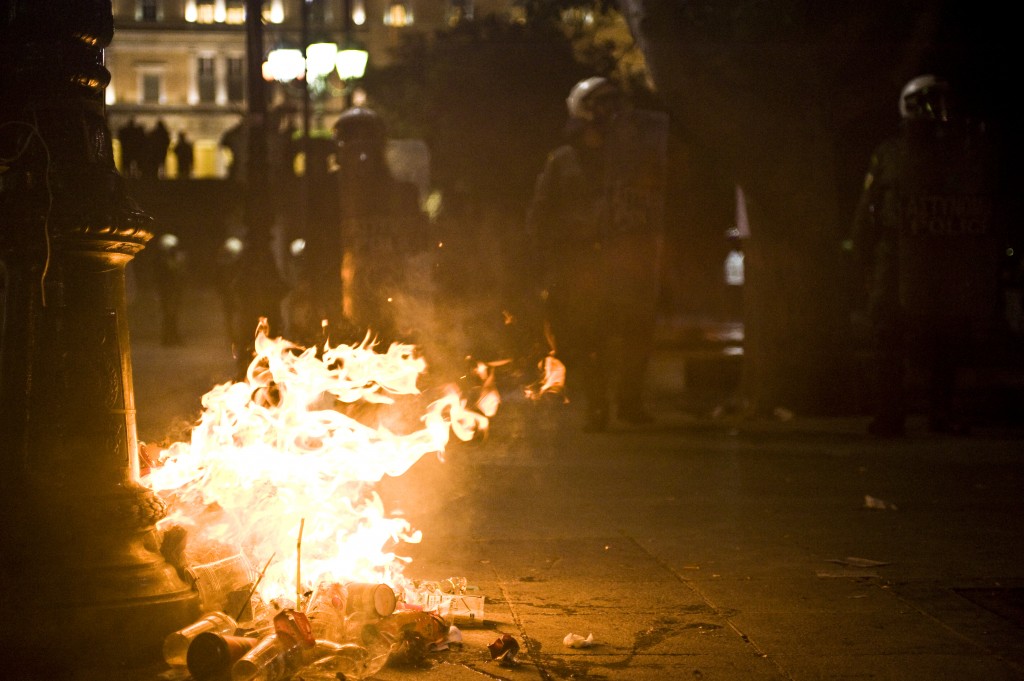 In the end due to unfortunate circumstances a girl got injured, then you saw immediately the help the people wanted to offer. After a short time the paramedics arrived, which are always present during any demonstration at Syntagma square.  Thanks to them she got the help she needed ending up in a drive by the ambulance towards the hospital. 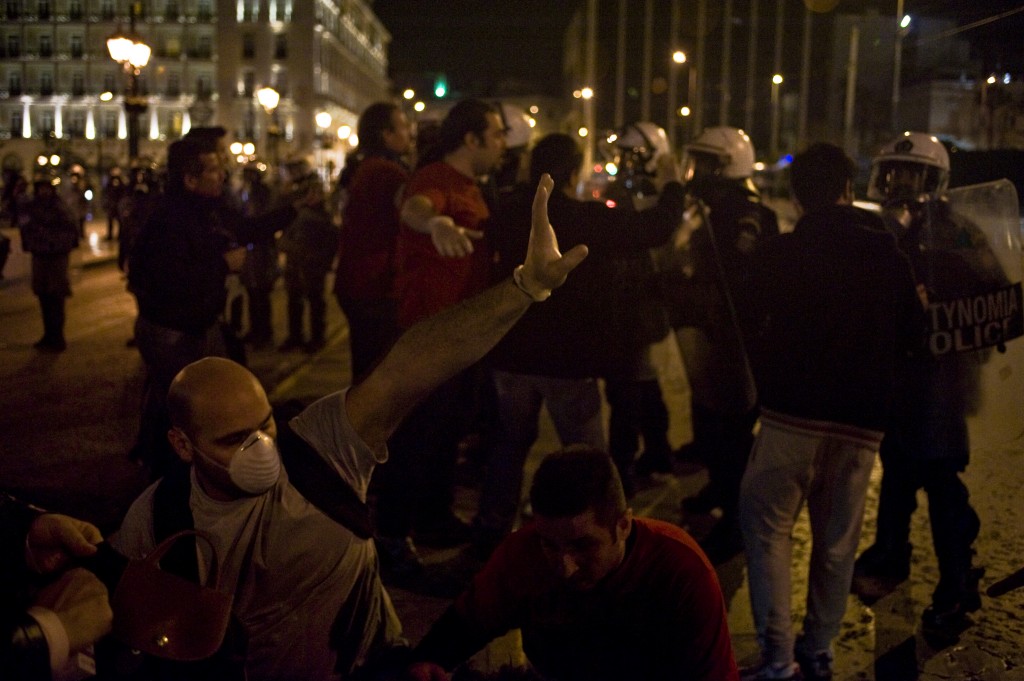 While I wasn’t up to date about the events during the day I noticed at the evening that there was a demonstration. Unfortunately I wasn’t well prepared and so I had to endure several cases of tear-gas, next to that I had a limited amount of pictures while I only had one memory card. Fortunately my equipment was sufficient to prove worthy for this sudden chain of happenings.